Where once the colonization of the city of Brandenburg by the Slavs began, now conjures up the chef Marco Petig and team, the culinary creations at the Parduin restaurant. Discover a charming restaurant where everything is made by hand and where a kitchen crew enjoys cooking and reinterprets down-to-earth cuisine of the Havelland region, in the federal state Brandenburg.

Chef and host Marco Petig was born and raised in the Havel city Brandenburg. He discovered his passion for cooking early, because Marco Petig was practically born with it. His father managed the canteen at Brandenburger Elektrostahlwerke GmbH for thirty years. As a small boy he accompanied his father to the company in his leisure time and he decided quickly to undergo a cook training after school. For him, the wow effect of the dishes on the plates is as important as the feedback of his guests. This awakens his ambition and drives him to refine his craft daily. Because cooking is not only cooking for him, but craft. And craft is art.

The experienced chef earned his craft at the Highlander restaurant in Brandenburg an der Havel city. Afterwards he began at the Neue Mühle restaurant in Brandenburg city. Under the direction of his former teacher and former chef, he dived into both the regional cuisine of Havelland and the cuisine of the Mediterranean. Based on this knowledge, Marco Petig still combines a creative regional cuisine with sometimes a Mediterranean touch. After holding positions at restaurants in the city as the whole state of Brandenburg, he started in the year 2019 at the Parduin restaurant in the SORAT Hotel. As cook, Marco Petig refined his cooking skills and has been realizing in the position of the chef his vision of a modern, down-to-earth and sustainable cuisine in the Parduin restaurant on the old town market since October 2022.

With best quality, passion, attention to detail and permanent enjoyment of trying out, Marco Petig and his team at the Parduin restaurant create unforgettable dining experiences. He blends local and seasonal products in the most delicious way with ingredients from the Havelland region and spices here and there with flavors from all over the world or with home grown herbs such as rosemary, thyme, cut leaves or parsley. His favorite spice is lemongrass. He mixes the familiar with the new on the basis of the daily Brandenburg market and thus creates new compositions. With him nothing comes out of the bag, the decisive factor is the freshness.

From toppings to hospitality

To Marco Petig's work spices, cooking times, toppings and more are as important as the play with shape and color when serving. The latter became his passion especially when preparing and designing buffet platters. Therefore, it is not surprising that the open-minded and adventurous chef also likes to present his creations himself at the table. Because even when cooking or preparation of dishes for buffets Marco Petig thinks of the guest who will eat the result. Therefore, when he has time, he leaves the kitchen to greet the guests with a nice "Hello" so they can see who cooks for them. He also personally advises guests with allergies. Through his flexible nature, his ability to think and improvise quickly, the native chef always finds a solution, so every guest in the Parduin restaurant is happy.

One team, one family

Marco Petig is a clearly structured cook. A harsh tone is alien to him in his kitchen. It depends on the coexistence and a relaxed and orderly kitchen climate. However, the classical hierarchy is somehow existing. When it comes down to it, Marco Petig issues clear and specific announcements. The fact that his team works well together, speaks for the nice and open approach of the young chef. Two cooks belong to his team, as well as three trainees and one steward.

Fresh and from the region

With the dishes from the kitchen by Marco Petig, guests will find their way back to the natural taste of local food. He is always on the lookout for new opportunities and relies on the best and freshest quality thanks to the local and regional suppliers who like Marco Petig live the idea of sustainability. So he gets the smoked fish from Jörg Mehlhase, one of the last Havel river fishermen. With further fish as well as with game, poultry, meat from Brandenburg he is supplied by dealer Sven Meier. Other meat products from natural and farm animal husbandry such as the Havelland organic apple pic come directly from the farm of the farmer Karsten Dudziak via Biomanufaktur Havelland organic manufactory. The traditional dairy Johann Sobotta and Son Brandenburg an der Havel supplies the dairy products. Local fruits and vegetables come from the local fresh produce service Chris Amelung or directly from contract farmers to the Parduin kitchen. Bread is self baked. Cakes and pies are home made. Chutneys self cooked. According to proven recipes or interpreted in a modern way.

His standard card changes Marco Petig regularly. On this menu are absolute fast seller, which are indispensable. Like the pike perch with lemon butter sauce and mashed potatoes. Depending on the season, this dish is served with Schmorgurken stewed cucumber or primeval carrots. Or aspic made from Havelland organic apple pig, served with fried potatoes and apple vegetable. Specials with a certain focus are added, and this special card changes every four to six weeks. If you ask Marco Petig about his source of inspiration for new dishes on his menu, the creative chef doesn't need to reflect long before answering the question: "I'm getting new inspiration and energy on my holiday on the Gardasee lake. And of course on the Havel river banks in my spare time." At the water or on the balcony he lets his soul dangle and his thoughts circle. There he has the best ideas, so he always carriers something to write in his pocket. When going through the weekly market or the supermarket, he lets his ideas work and thinks about how he can combine which products and which flavors. And since culinary inspiration is allowed to happen not only in the head but also on the tongue, he tests his new ideas with his team. 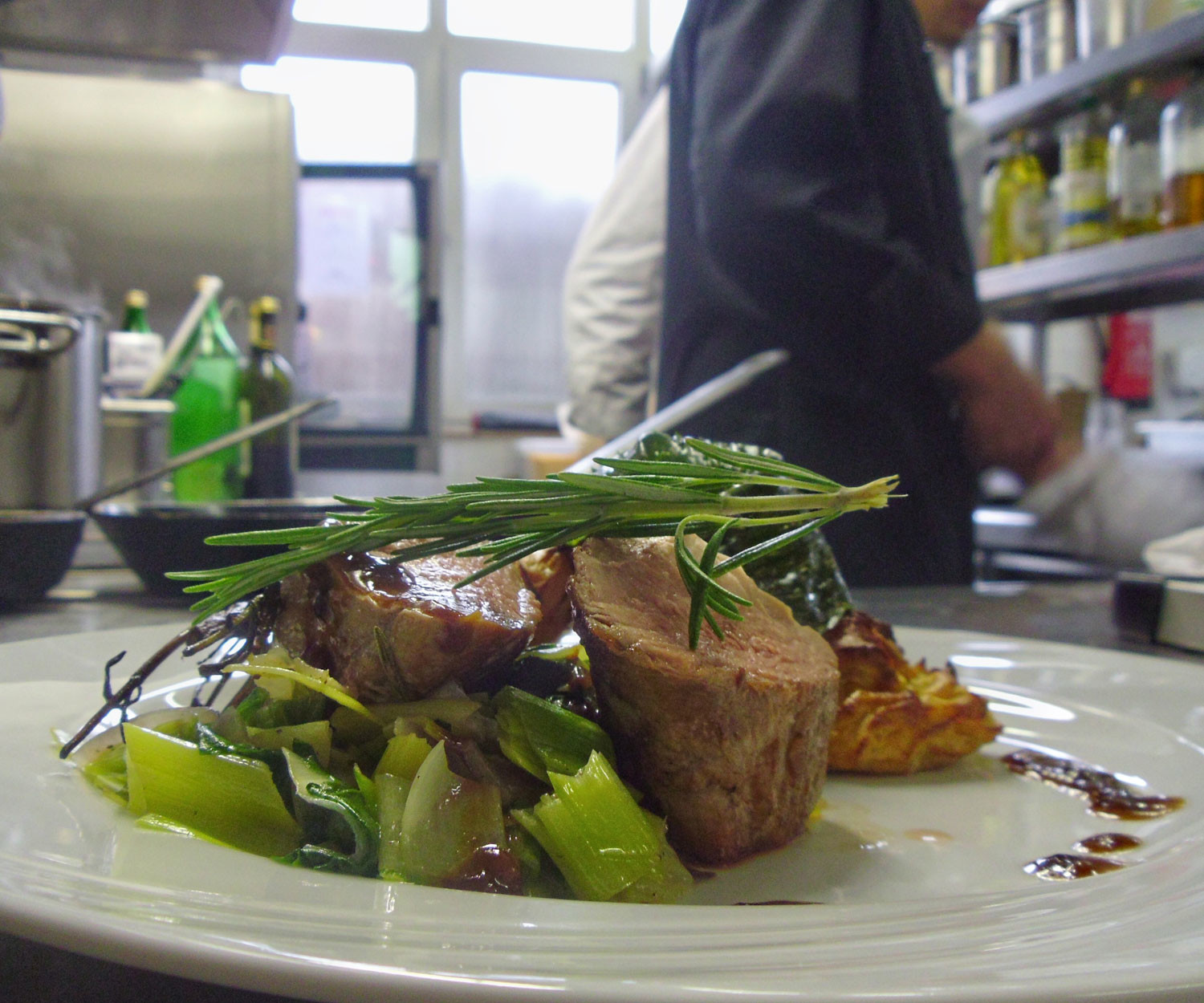 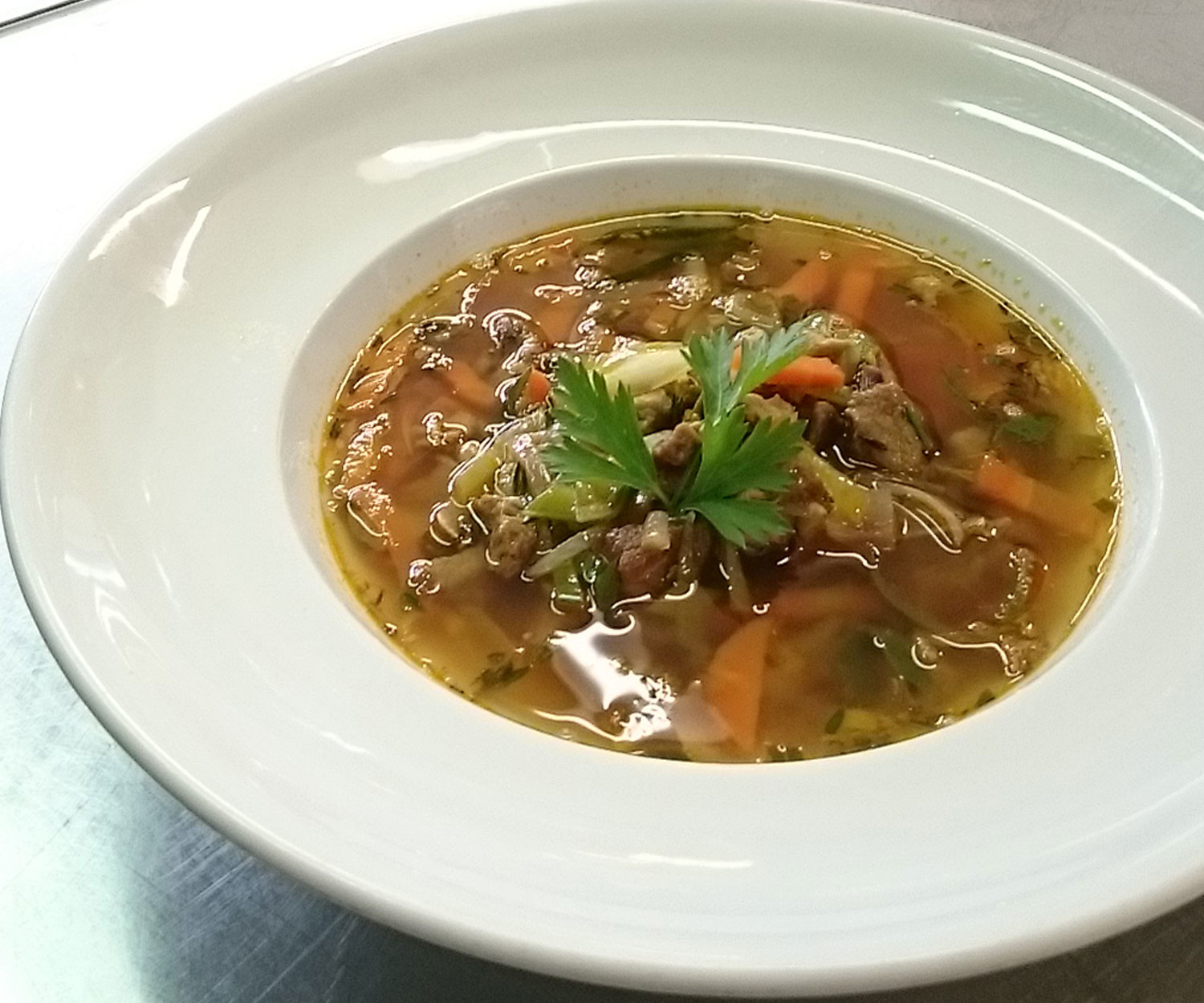 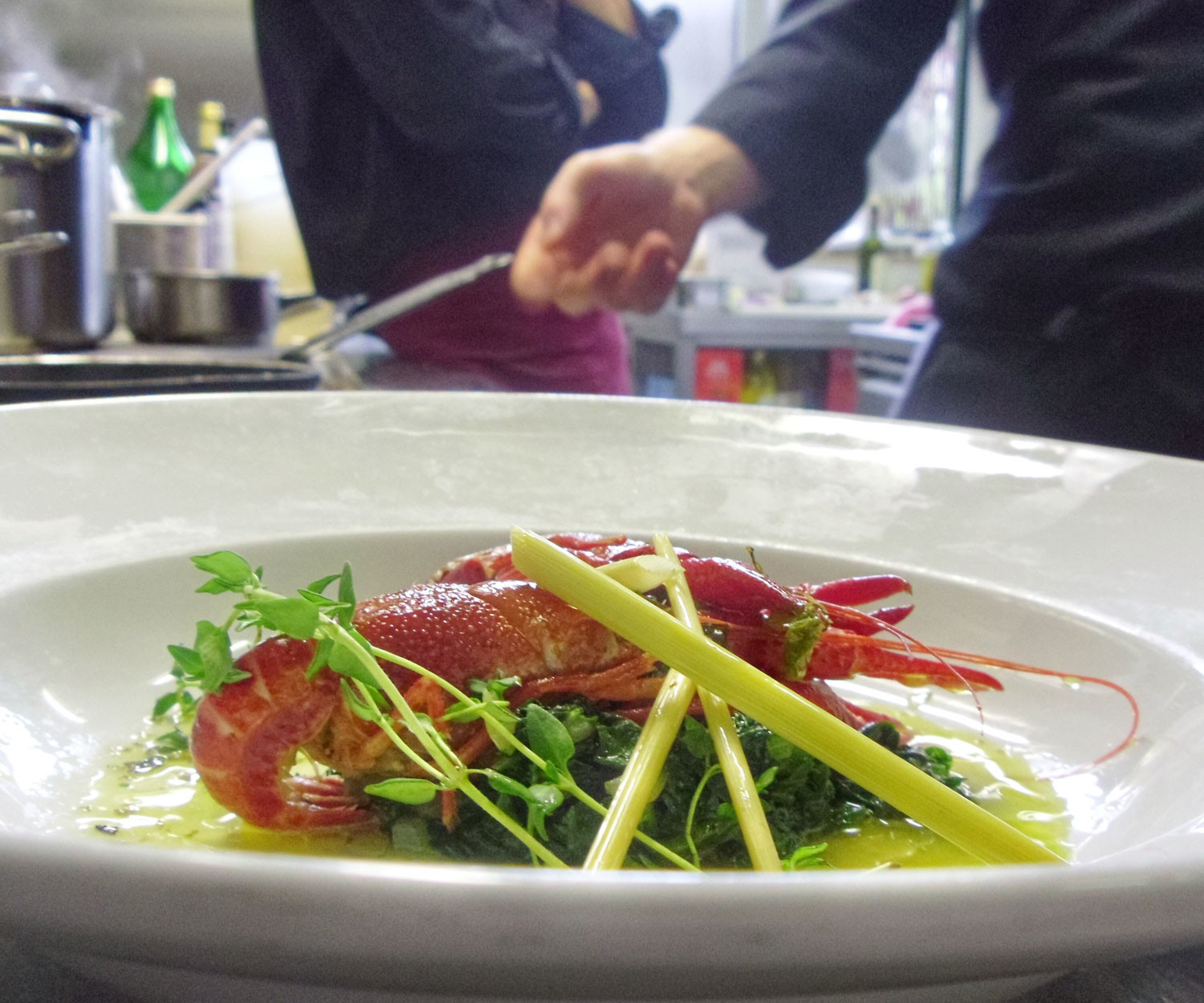 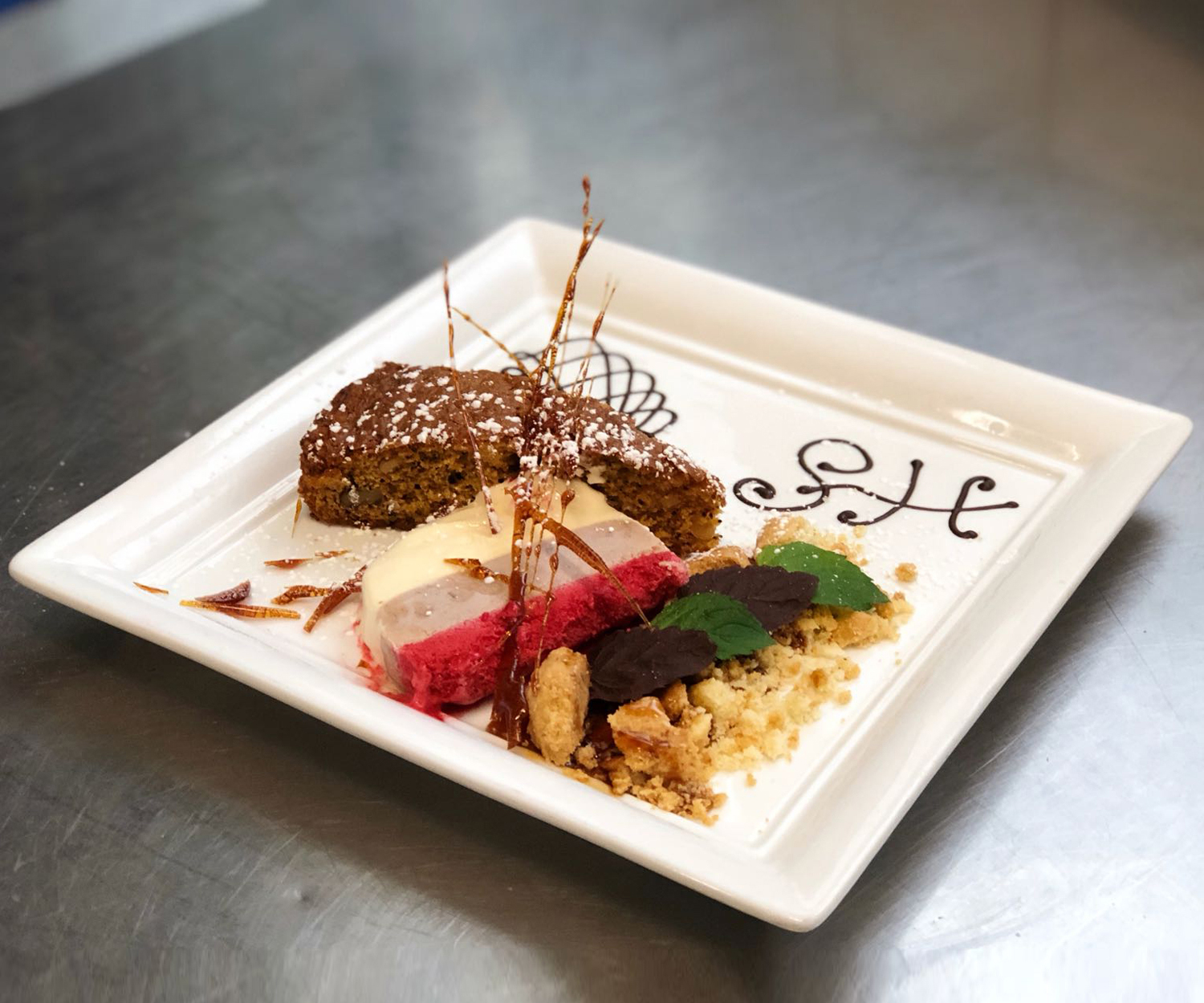 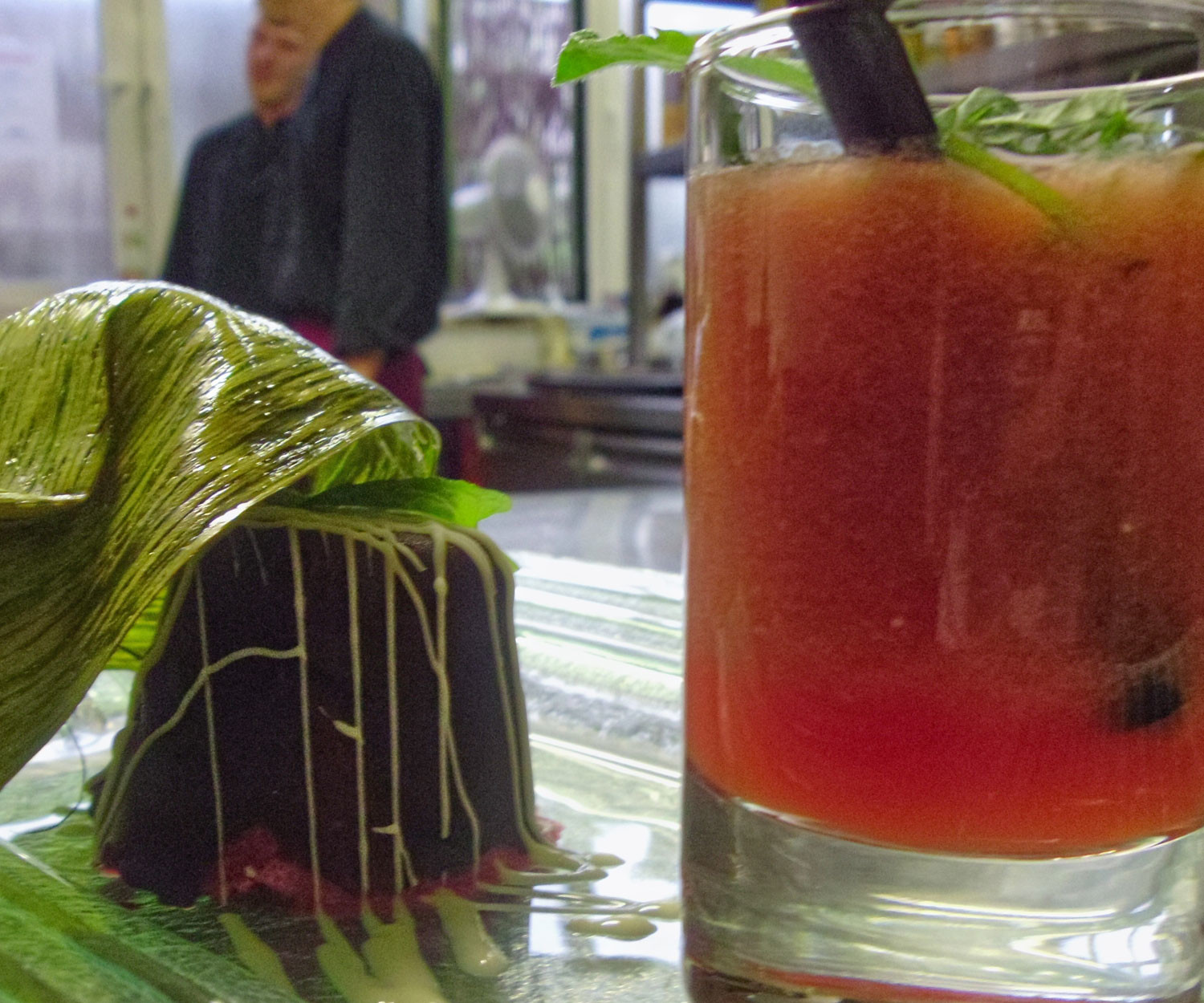 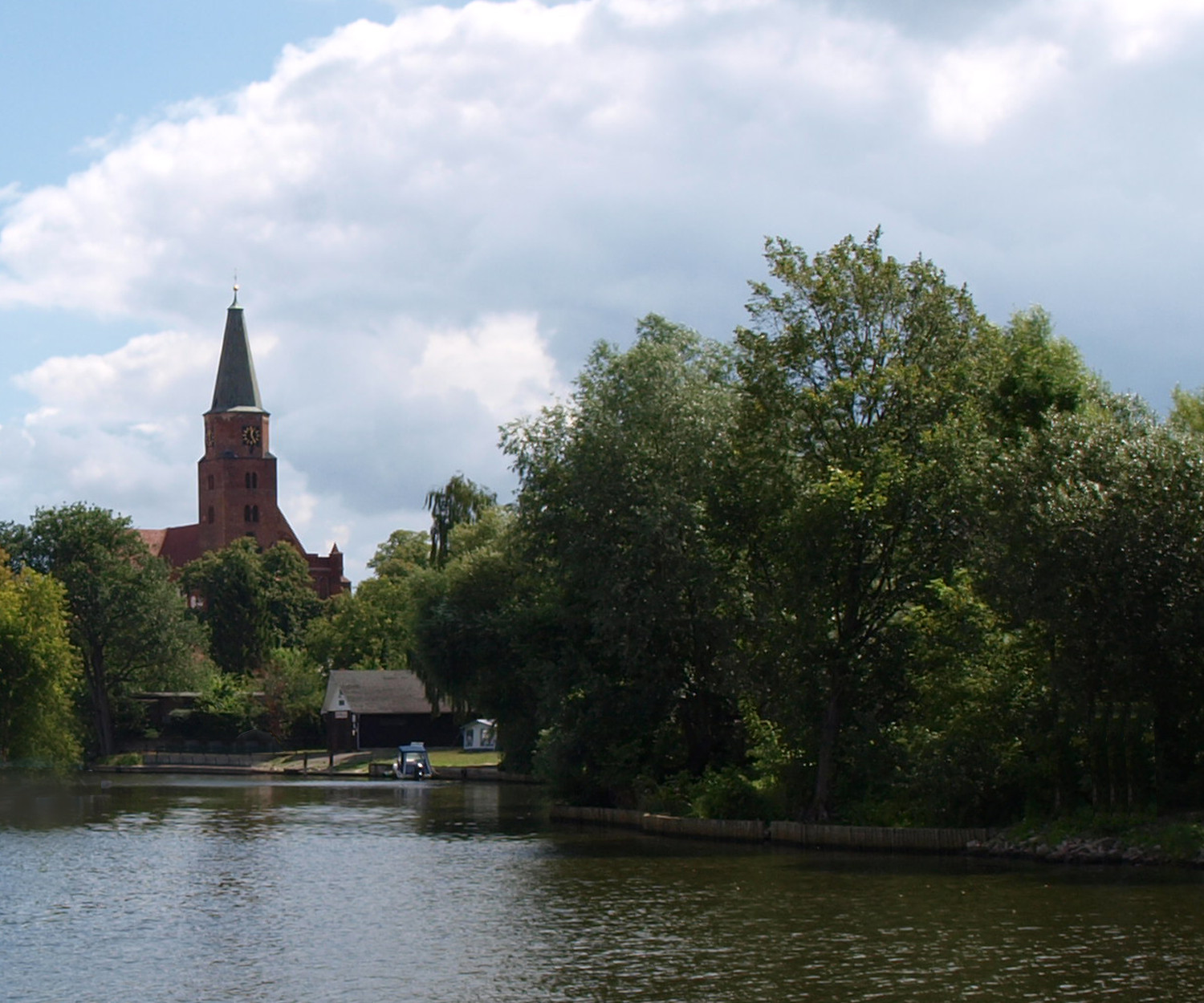